Depression and mental health are extremely important for one and all. Although this is not the first time that a famous celebrity has taken to suicide, but Sushant Singh Rajput’s death has certainly addressed the elephant in the room. Sushant’s near and dear ones have gone on record to admit that he was battling depression before taking his life.

However, the term depression is not new in Bollywood. Before as well, several famous personalities have gone through the same. Be it, actors or singers, everyone has had to face it. So today, we share a list of few Bollywood singers who suffered from depression. Check out the names below –

Neha Kakkar – Neha Kakkar and Himansh Kohli’s relationship was certainly one of the most adorable ones in the Hindi Entertainment Industry. However, things didn’t go well with her after her breakup with Himansh. Neha even claimed that she has been cheated badly in the relationship and it made her question her self-worth. But Neha, being a strong character that she is, showed grit and strength and today she’s rocking and rolling like no other. She was earlier quoted by Hindustan Times for admitting she was in depression for quite a long time.

Kailash Kher – Kailash Kher had gone on record many times that he was constantly getting torn between his passion and expectations of people. He even went ahead and told about him trying to commit suicide. As per a report in Hindustan Times, Kailash was quoted as saying that when he thought that he was not fit for this world, he decided to give up on life by jumping into the Ganges. However, luckily he was rescued by his friend who ensured that he was alive.

Yo Yo Honey Singh – This story of depression is known to the entire world. He was quoted by Indian Express as saying that he was battling from bipolar disorder that took a lot out of his life and career. He has to battle for a long period of 18 months with bipolar disorder and alcoholism before eventually recovering and making a grand comeback with his hit songs in Bollywood. 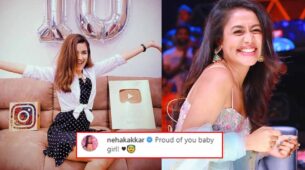