Nucleya is the king of the millennial when it comes to Electronic Music in India and his journey in this industry is very inspiring! By now, we are all acquainted with or experts (most youngsters already are) with the EDM genre of music i.e. Electronic Dance Music and one name that is big in India for this genre is Nucleya! Earlier, Indian electronic music was played at either ‘EDM’ events or in the sort of hipster-niche vacuum and most people didn’t really have an ear for it. 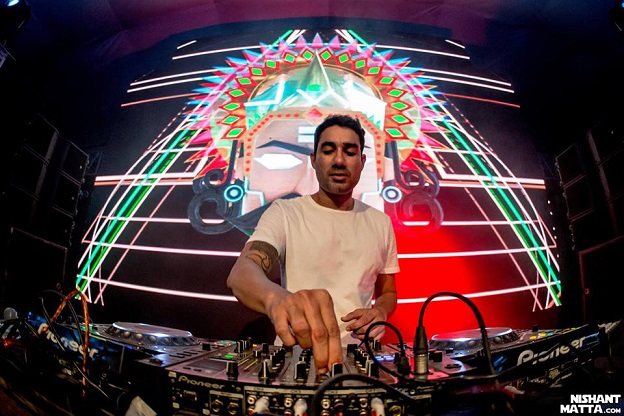 Recently Udyan Sagar, also known as Nucleya, has claimed to fame as the music producer who has broken all the unnecessary divisions that have been around in the industry.

It does not matter what you think about his music but one can’t deny the fact that he has made his music heard and what he has received in return, is only appreciation and applause! From opening for Skrillex and Major Lazer to playing at pubs in the posh parts of Delhi and also playing the main stage at the NH7 Weekender, the growth and popularity boost of Nucleya is fascinating. Nucleya is now a perfect example for huge famous homegrown music which has been loved by one and all millennial.

Though Nucleya has repeatedly denied calling his music EDM, it can’t be denied that his music is a different genre altogether in itself. From his Bass Rani to his Mumbai Dance, every song is a unique entity in itself and if you ever go music picking fir yourself, you’ll find that Nucleya has a song or two for your every mood. What’s more is that each and every one of them can get your groove on instantly.

EDM is now not just the music that is played in concerts but has made its way to an every man’s regular playlist as well and Nucleya, without a doubt, is always on every playlist! Review of Amazon Prime's The Remix- A scratch here, a hook there, and we’re bewitched!!!