One is supposed to use the position of power to encourage and support new talent: Lata Mangeshkar | IWMBuzz
Subscribe Now
Music | Celebrities Praise from the Goddess of All Melodious Things Lata Mangeshkar is not a small matter. Recently, Kolkata’s upcoming singer Samadipta Mukherjee was at the receiving end of such praise recently when her video of a Mozart interpretation was singled out for recommendation by the immortal singer herself.

Lataji feels it’s her duty and responsibility to encourage new talent. “When God gives you a certain position in life, it is with reason. One is supposed to use that position of power to encourage and support new talent in your field,” says Lataji who in the past has been a mentor and support to such musical talents as Shankar-Jaikishan, Laxmikant-Pyarelal, Mayuresh Pai, Suresh Wadkar, Kavita Krishnamurthy, and many others.

In fact, even Anuradha Paudwal got her first major break when Lataji couldn’t attend a recording for Subhash Ghai’s Hero.

Many times these beneficiaries of her largesse have turned against her.

“I remember once recommending a singer whose voice was often compared to mine for a song in a film produced by (late veteran actor) Om Prakashji who was very fond of me. I used to sing most of the songs for the films he produced, When I couldn’t be available for one particular recording I asked him to take another singer. And he did. He later told me that singer whom I recommended badmouthed me during the recording. But it’s okay. One should not support new talent for the sake of getting gratitude or even a thank you in return. One should do it as one’s duty towards society,” says Lataji. 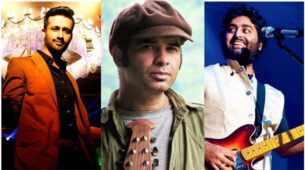