Here we have brought along all the reasons you should never miss live performance of the music sensation Guru Randhawa. At the age of 7, Guru Randhawa started singing inspired by the singer “Babbu Maan”. He started doing tiny shows in Gurdaspur and then started playing at tiny parties and functions in Delhi. Randhawa finished his MBA while staying in Delhi. The rapper Bohemia named him “Guru,” who would shorten his complete name while on stage.

Guru has quickly become a singer for all kinds of Music. He has recently been working music composition for the movies like Housefull 4 and Dream Girl.

He sang his first song called “Same Girl” on YouTube with Arjun, the first individual to take Randhawa in his own video. He sang at the opening ceremony of the 2017 Indian Premier League. In Hindi Medium (2017), he made his Bollywood singing debut. Several of his songs appeared in movies. He became a component of the reloaded trip of Salman Khan’s Dabangg in 2018.

He has sung with many Bollywood singers in many famous songs. His most-viewed song “Lahore” has over 700 million views on YouTube. His first global partnership is “Slowly Slowly” featuring Pitbull, published on 19 April 2019. Within 24 hours, the song’s music video got 38 million opinions on YouTube, becoming one of the world’s most-viewed music videos in 24 hours.

Today he one of the best singers in Bollywood industry and we suggest you never miss a chance to see Guru perform live. 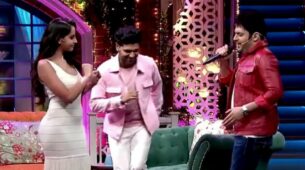