Glamourous looks of celebrities from Grammy 2021.

Award shows are mostly loaded with fashion, glamour and lots and lots of camera lights. Grammys is no different, but along with all the glitz and glamour, the award show also encompasses the magic of music that refreshes our soul. The 63rd Annual Grammy Awards ceremony took place on 14 March 2021 in Los Angeles. The nominees were announced live on 24 November 2020. The queen Beyonce was nominated nine times, winning the most nominations among all. Among nine nominations she won four times also becoming the artist to win the most awards for the night. Many other singers like Taylor Swift, Billie Eilish, H.E.R, Harry Styles, Lady Gaga, Megan Thee Stallion and many more went home with the Grammys. Today we are going to take a look at the best-dressed celebrities at the Grammy 2021.

The Grammy 2021 was as glamorous as glamour can get. A- list celebrities with their striking looks brought charm to the event. The gorgeous Dua Lipa stunned the spectators with her performances on Levitating, Future Nostalgia and Don’t start Now. As much as she dazzled everyone with her performance Dua Lipa also made an impressive appearance on the red carpet in her beautiful Versace dress.

Megan Thee Stallion stunned the crowd in her beautiful orange gown designed by Dolce & Gabbana. The Truth Hurts singer Lizzo looked outstanding at the Grammy Awards as she was dressed in a beautiful mint green dress from Balmain. Jhene Aiko looked fabulous as she hit the red carpet in a pink fluffy gown and beautiful jewellery by Mansoori and Sydney Evan.

The Song of the year winner H.E.R looked dazzling in a unique outfit. The Burgundy outfit with velvet texture and embellishments looked amazing on her. The first Grammy Award nominee Noah Cyrus had a fashion moment on the red carpet. She wore a beautiful white dress and looked drop-dead gorgeous in it.

These some of the best-dressed celebrities at the Grammys 2021. Check out the pictures and hit the comment section to let us know what you think. 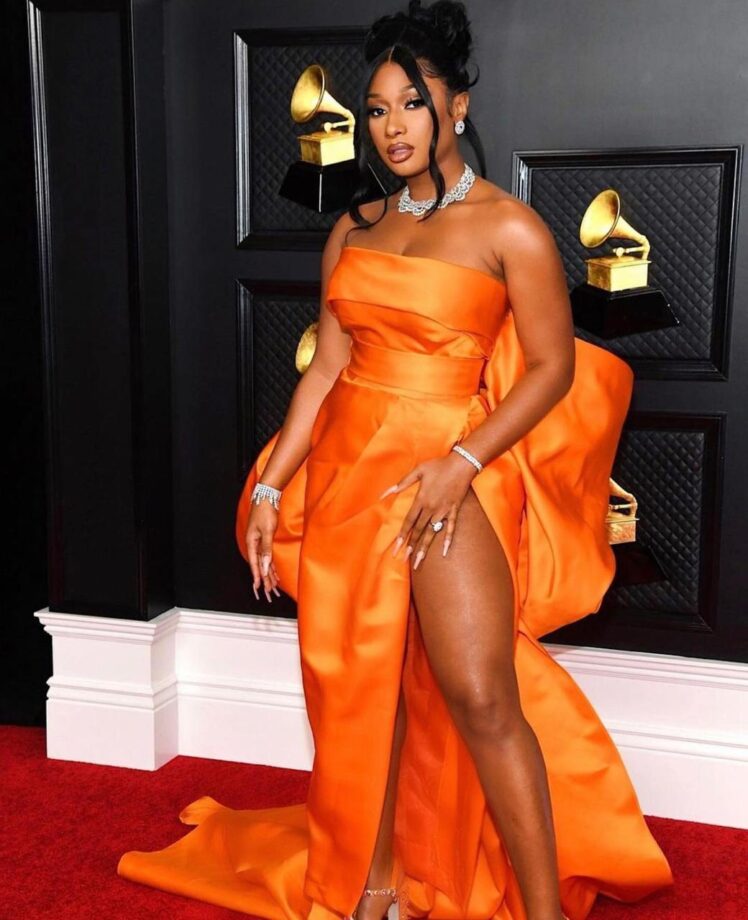 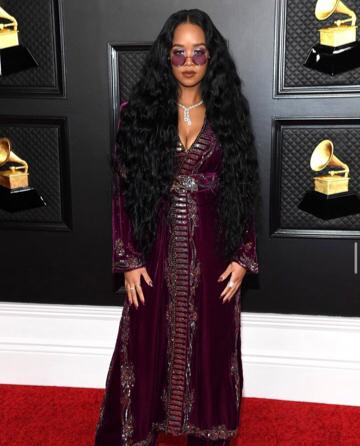 Doja Cat To Harry Styles: Which Outfit From Grammy 2021 Is Your Favorite?

I am so lucky to have the best mother: Nick Jonas shares emotional "Mo...