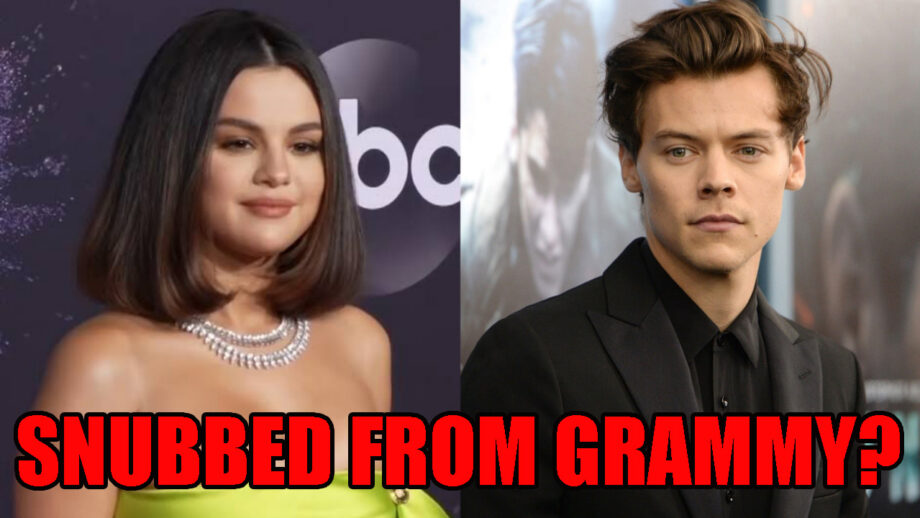 2020 is just more about a month and we have 2021 coming a day nearer. The award seasons are all set and we have already seen the list of the highest awards in the music industry Grammys 2020 being announced. Many popular celebrities like Ed Sheeran, Taylor Swift, BTS group and Taylor Swift not receiving the nod they deserved, people are surprised more when the name of the two most popular sensations have not been featured in the list. Selena Gomez and Harry Styles are the two names that didn’t feature in nomination’s list.

Fans are seen to be quite surprised as well as disappointed as the names of Gomez and Style didn’t feature in the nominations list.

Many people believe that they are snubbed by the recording academy, but it isn’t true. According to the Hollywood reports, the two stars have released their songs after the deadline at Recording Academy had prepended the eligibility dates to August 31 this year. Selena and Harry’s names may feature in the Grammy’s nomination next year. Excluding the two, many other newcomers like Lizzo, Bellie Eilish and the country rapper Lil Nas X have dominated the Grammy nominations this year.

Also Read: Justin Bieber Vs Selena Gomez: Who will be next on Billboard? VOTE NOW