Check out the times when Dua Lipa did a massive fashion disaster! Dua Lipa is one of the renowned English pop singers in the global music industry. She has emerged in the industry since 2015 by making her debut with her first-ever single, New Love (2015). Dua Lipa has released several hit music tracks since then and has made everyone fall in love with it. The songs like IDGAF (2017) and New Rules (2017) have been a big hit all over the globe. But other than her career in music, Dua Lipa has also inspired many with her high fashion game.

Dua Lipa has also emerged to be one of the top pop singers of the Hollywood pop music industry. She has been seen giving some major fashion statements on various occasions as well. Dua Lipa has inspired many with her fashion skills but there have been many occasions when her fashion was a huge disaster. She has been spotted creating a huge disaster with her fashion, a few times. The singer has ever experimented with her vogue and fashion, but it has gone wrong sometimes. They were not liked by many fashion enthusiasts and were negatively criticized by many fashion and style critics. In fact, sometimes she has become the victim of wardrobe malfunction too.

Here are some of the fashion disasters by Dua Lipa. Check them out!

Also read: Scarlett Johansson VS Dua Lipa: Who Is Your Favourite Fashion Influencer? 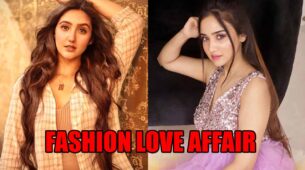