Vardhan Singh is an upcoming music director and singer in the Bollywood industry, whom we should watch out for. Vardan Singh is an Indian playback singer and music director. He was born in Uttar Pradesh and brought up in Lucknow, the capital city. He belongs to a business family. He did his education in Lucknow and completed his degree from Lucknow University. He took classical training from the musical legend Late Pandit Ganesh Prasad Mishra.

Vardan had come to Mumbai to become a singer, but very quickly he realized that he would have to stick to the sector with any kind of job. In order to establish himself as a singer, so he began out as a vocalist and dubbing singer for South Indian films.

Vardan Singh is one of the best Indian playback singer and music composer of the Indian music industry. Vardan Singh has sung songs in many languages including Hindi, Kannada, Oriya, and Nepali.

Besides all these accomplishments, Vardan received what he really deserved from the film ‘ Ishq Junoon ‘ song ‘ Kabhi Yun Bhi ‘ published on November 11, 2016. Within the three days of its YouTube and other digital releases, the song gained a tremendous reaction.

Vardan Singh, going ahead, gave many hit songs to the Bollywood Industry. Speaking of the songs online success, Vardan says, “It often doesn’t occur that a song leaves a mark on the crowd without it being released on TV”. 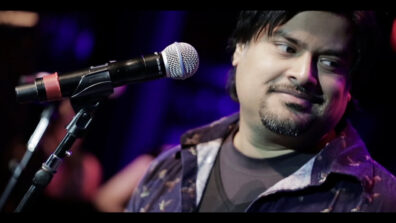 Anirudh Ravichander: The young & talented music director you should know about The rise and rise of Neha Kakkar Beautiful songs by Hariharan that will touch your soul