Ever since the modern version of Yaad Piya Ki Aane Lagi by Neha Kakkar came into the scene, the song literally became a rage and a must-play in the season of weddings. The original song was carried forward by none other than the legend of folk music, Falguni Pathak and the reprised one is sung by the modern-day sensation and trendsetter, Neha Kakkar.

The music video featured T Series boss lady, Divya Khosla Kumar in the lead and she’s gorgeousness personified in the music video. And now the latest feat that the song achieved is that it crosses a whopping 100 Million views on Youtube. Isn’t that fantastic?

Divya Khosla Kumar had earlier also promoted the song exclusively on the IWMBuzz Channel talk show where she not only opened up about the success of the song but she also shared about her relationship with Neha Kakkar. Take a look –

On the work front, Divya Khosla Kumar will also be seen with John Abraham in Satyameva Jayate 2. For more such updates, stay tuned to IWMBuzz.com 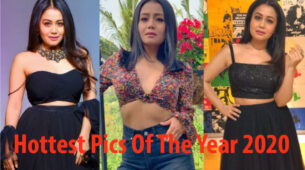