Soulful singer Mamta Sharma had had a chartbusting number in the melodious hit single, Yaara. And now, the singer is back with the sequel to the song, with Yaara 2. And guess who features in the just released video of the song? It’s none other than hunky TV star, Zain Imam and the breath-taking TV beauty, Arishfa Khan. The song is pure ear candy and the video is simply lit. Interestingly, the video also features TikTok star, Lucky Dancer.

This morning, Zain Imam shared the news of the release of the video with a post on his Instagram. The accompanying pic has both stars looking hot and sizzling. Have a look at Zain Imam’s Instagram post – The song has been produced under the aegis of prolific music label, One Music Originals. Its music and lyrics have been written by Bad Ash.

Zain Imam has recently garnered millions of fans, courtesy his role in the hit Star Plus show, Ek Bhram Sarvagun Sampann, opposite Shrenu Parikh. He was also loved for his outing in Naamkarann. Arishfa Khan is an actress and TikTok star, who debuted on TV with the popular show, Ek Veer Ki Ardaas Veera. How to Ace Your Look While You Are Travelling? Learn from Avneet Kaur, Jannat Zubair And Arishfa Khan 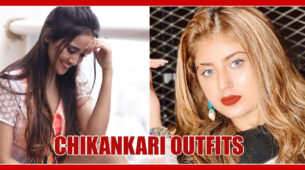 Arishfa Khan VS Ashi Singh in white chikankari outfit: Who wore it better?