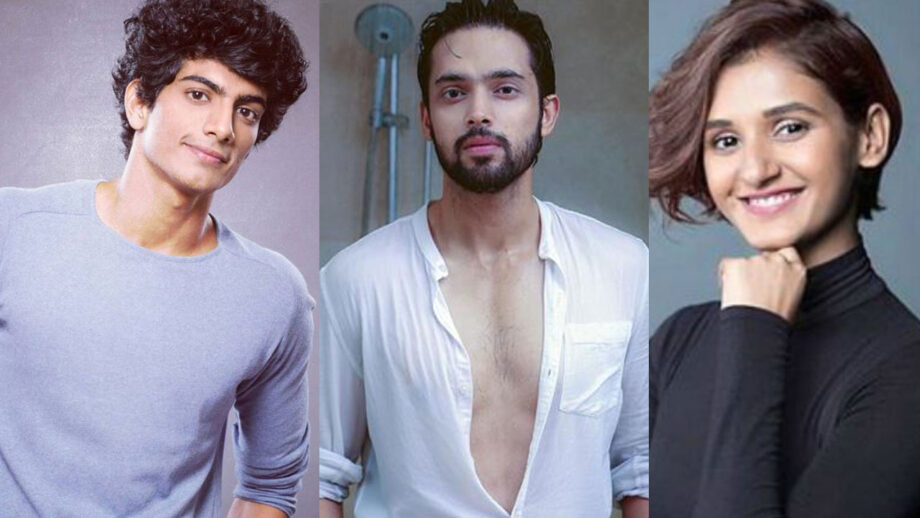 Palash Muchhal has quickly established himself in the upper echelons of Bollywood and the nascent indie music scene in the country. The composer-director-singer has gained quite a reputation among the masses as well as in musical circles, for his soulful musical compositions and the intense music videos directed by him, most of which feature the handsome TV star, Parth Samthaan.

Palash Muchhal has just announced the release of his latest song, called Aakhri Baar. He also announced that the video will once again feature his favourite muse, Parth Samthaan, as the leading man. But…he’s kept the leading lady a suspense!

Palash posted an edgy pic on his Instagram handle recently, which featured a girl in silhouette, along with suspenseful questions hanging in the air. He accompanied his post with a caption asking his fans to guess the heroine that will star with Parth in the video of the song. However, fans feel it is popular actress Shakti Mohan.

Palash Muchhal, younger sibling of well-known Bollywood playback singer, Palak Muchhal, has made it big in the music industry on the back of his eminently listenable songs, both in Bollywood flicks, as well as in web series and independent albums.

Everything, from his music, to his direction, to his grasp over what his young audience wants, has  propelled him to the space he is in at present. His popular songs have been Naach Basanti, Party Toh Banti Hai from Bhootnath Returns, Tu Hi Hai Aaahiqui from Dishkyaoon, web series such as Puncch Beat and Boss Baap of Secret Services, along with indie songs such as Tu Jo Kahe, Nisha, Fans Nahi Friends, and many more. Palash also holds the record for being the youngest music composer in India (18 years).

Oh romance! Times Manik and Nandini of Kaisi Yeh Yaariaan made us blush

Sanaya Irani- Mohsin Khan VS Drashti Dhami-Parth Samthaan: Chemistry you would love to see on screen?

Parth Samthaan-Niti Taylor Vs Erica Fernandes-Shaheer Sheikh: Who Is Your Favorite On-Screen Couple Of All Time?