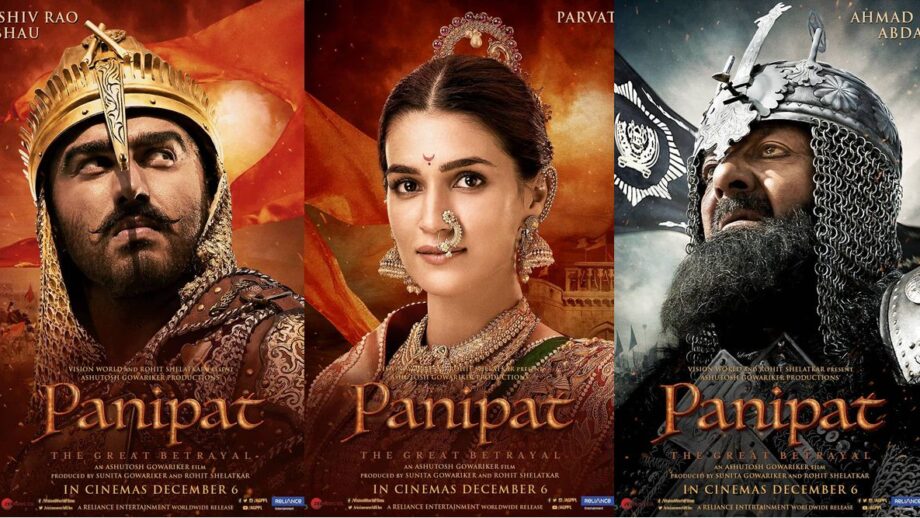 When it comes to creating splendor on-screen and treating the audience with a cinematic experience like never before, Ashutosh Gowarikar can be trusted blindly. And this stands true not only for his films but also for the music of his films. His upcoming magnum opus – Panipat, certainly is no different. After mesmerizing us with the high-energy ‘Mard Maratha’ track, the director has dropped another power-packed song – Mann Mein Shiva, which celebrates courage, unity, and valour of the Peshwas.

Featuring Arjun Kapoor, Kriti Sanon and other pivotal actors of the film, the song marks an important incident of history in the film. ‘Mann Mein Shiva’ is a victory celebration and is based on Maratha’s victory over Delhi’s Red Fort and the hoisting of Maratha flag for the first time at the red fort under the leadership of Sadashiv Rao Bhau.

Panipat features Sanjay Dutt, Arjun Kapoor, and Kriti Sanon in lead roles. The movie is helmed by Ashutosh Gowariker and it is slated to release on December 6, 2019.