Salman Khan is back with Munna Badnaam from Dabangg 3 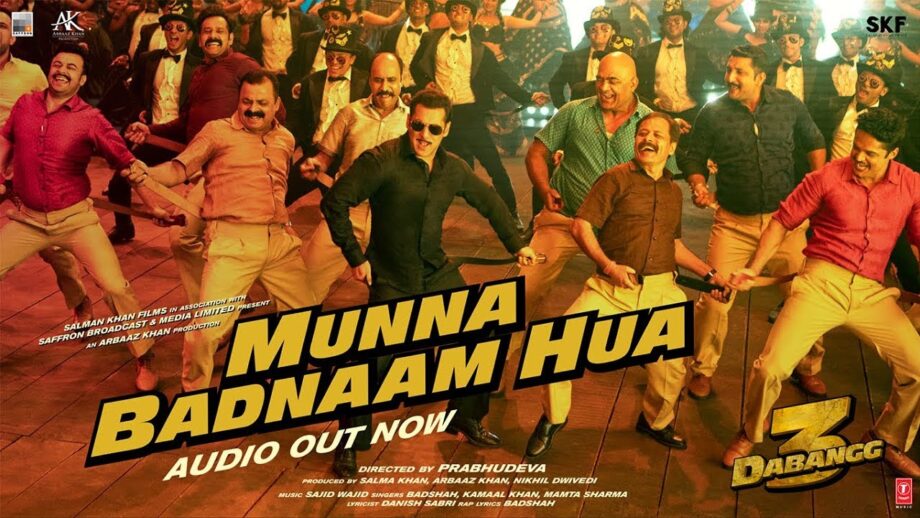 Bollywood’s beloved Bhaijaan, Salman Khan has already treated the audience with the peppy and fun audio of ‘Munna Badnaam’ from Dabangg 3. And now, the makers have dropped the teaser of the video and the song where beloved Chulbul Pandey turns into an item boy.

It’s always a delight to watch Salman Khan dance as he adds his own quirk to the song with unique hook steps, and with Munna Badnaam, he seems to have delivered another smashing performance. However, this one will be extra special with an epic dance-off between Chulbul Pandey and Prabhu Deva. Take a look –

The much-awaited Dabangg 3 is directed by Prabhu Deva and produced by Salman Khan, Arbaaz Khan and Nikhil Dwivedi under the banner of Salman Khan Films and is slated to release on 20th December, this year.