Some composers are born to create beautiful melodies even if they cannot see the world and its creation. Almost entirely blind, music composer Ravindra Jain was the ‘sur’ das of the film fraternity.

Though he did not achieve any sustained super-success he created some of the most enduring melodies of our times such as Lata Mangeshkar’s Dil mein tujhe bithake in Fakira, Hemlata’s Ankhiyon ke jharonkhon se from the film of that title and Kishore Kumar’s Ghungroo ki terah bajta hi raha hoon main from Chor Machaye Shor.

Known for his soft minimal melodies, Ravindra Jain wrote the lyrics of most of his songs himself. His association with the Rajshri banner yielded a harvest of successful melodies in small-budget films like Chit Chor, Nadiya Ke Paar, Tapasya and Saudagar.

A majority of Jain’s songs were sung by his muse Hemlata. It is believed by many musicologists that Jain’s obsession with the singer brought down the equity of many of his melodies

An acutely music minded filmmaker says, “Think of what those exquisite songs in Chit Chor or Anhkhiyon Ke Jharonkon Se would have been like had Lataji sung them instead of Hemalataji. Ravindra Saab insisted on a particular singer. Many producers would not entertain his package deal.”

Clearly the high points of Ravindra Jain’s career were the two back-to-back scores he did for Raj Kapoor in Ram Teri Ganga Maili and Henna. Lataji sang the melodies in these two films to the pinnacle of perfection.

Though not quite known to be a chartbuster Ravindra Jain gave Hindi cinema a song in the film Chor Machaye Shor that ultimately went on to become the title song of the biggest hit film of all times: Le jayenge le jayenge dilwale dulhaniya le jayenge.

Recalling her association with the composer the Nightingale Lata Mangeshkar said, “He was very clear in his mind about what he wanted and wouldn’t budge from his viewpoint. I think the first song I sang for him was the beautiful melody Tera mera saath rahe from Saudagar. We started our professional association on a note of dissent during the recording of this song. It was composed at an impossibly high scale for a female singer. I remember when Shankar-Jaikishan had given me Ajee roothkar ab kahaan jayeyiga in Arzoo I was appalled by the high notes. ‘Yeh aap kiss baat ka badla le rahen hain mujhse? I asked them. Some such thoughts passed through my head when I heard Ravindraji’s song Tera Mera Saath Rahe. But he was firm. ‘Nahin nahin, aap se ho jayega,’ he insisted. I did manage and the song turned out beautifully.”

This was the beginning of an association that culminated in the songs of Raj Kapoor’s Ram Teri Ganga Maili.

Raj Kapoor heard Jain singing the divine Ek radha ek meera at a public performance. He immediately got up from his seat walked up to the dais and gave Jain a token currency note saying, “This song is mine. You will be doing the music in my next film.”

Says Lataji, “Raj Saab was very excited that Daadu—that was Ravindra Jainji was called by everyone—would be doing the score for Ram Teri Ganga Maili. And what beautiful melodies I got to sing in this film! There was Ek radha ek meera, then the film’s title song and Tujhe bulaye yeh meri baahein…wah. After Ram Teri Ganga Maili Raj Saab again signed Ravindraji for Henna. Sadly Raj Saab passed away after we recorded two of the songs. One of the songs Baaju mein woh hai baaju mein tum ho was a typical Raj Kapoor song. But when Raj Saab’s son Randhir took over Henna he dropped that song. I was very pained by that.”

The other Ravindra Jain composition Chitthiye that Raj Kapoor recorded for Henna before passing away has a history.

Says Lataji, “Raj Saab told me I have to express the sentiments of both the Pakistani and Indian beloveds, played by Zeba Bakhtiar and Ashwini Bhave. It was a challenge. I remember many people including singer Suresh Wadekar came to hear me record that song.”

Lataji recalls Ravindra Jain as a happy and talented man. “I may not have sung too many of his songs. But look at the melodies he created in Chit Chor like Tu jo mere sur mein, Jab deep jale aana and Gori tera gaon bada pyara. He was a jovial and warm man. Whenever he called he would insist we meet either at his home or at my place. He told really funny jokes. When I heard he fell ill suddenly I called up his wife. I wanted to go and see him. But everything happened so suddenly.” 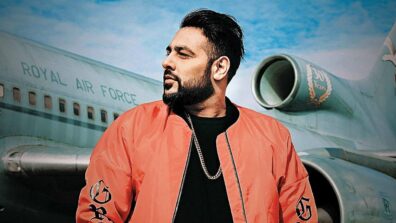 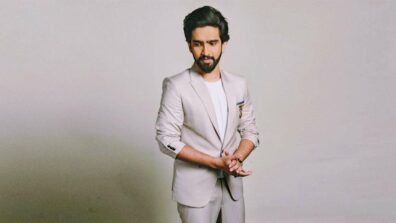 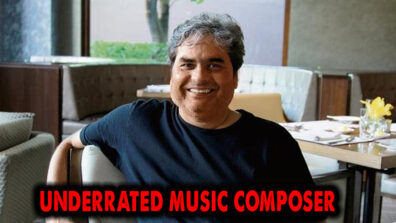 Watch out for this upcoming music composer Tanishk Bagchi Jagjit Singh : The King of Ghazals We rate the best songs by the beautiful singer Neha Bhasin Bappi Lahiri is one of the best Bollywood singers to date. Here's why