Armaan Malik was born on 22 July in 1995, he is an Indian Singer, Performer, Actor, Songwriter and Record Producer. He is known for his singing in many different languages like Hindi, Marathi, English, Punjabi, Gujarati, Kannada, Telugu, Bengali, Malayalam, and Tamil. He also took part in Sa Re Ga Ma Pa L’il Champs in the year 2006, but he got eliminate in the 8th position. Composer Amaal Mallik is his Bother. He knows to play instruments like Guitar and Vocals. He won the Filmfare south for the best playback singer. in the year 2014, Armaan Mallik sang love you till the end, Tumko Tho Aana Hi Tha, and also the title track for Salmaan Khan’s m, movie Jai Ho. In the same year, he also sang the song Naina with Sona Mahapatra for the film Khoobsurat and for the movie Ungli he sang Auliya. He sang many songs in the year 2015 like Main Hoon Hero Tera for Hero movie, Tumhe Apna Banane ka for Hate Story 3. He was been awarded in the same year for the Filmfare R, D. Burman Award for the new music talent that year.

In the year 2015 he sang many songs for the movies like Sanam Re, Kapoor And Sons, Mastizaade, Azhar, Baaghi, Do Lafzon ki Kahani, Ki, And Ka, etc. he also sang the songs in Bengali language, Tamil, etc.

He is the youth sensation for this soulful songs. Here are some songs for her:
1. Jab Tak from movie M.S.Dhoni- the untold story in the year 2016-

3. Main Rahoon Ya Na Rahoon is the album song that was released in the year 2017-

Also Read:-  Armaan Malik’s Songs That Need To Be Definitely There In Your Favorite Playlist 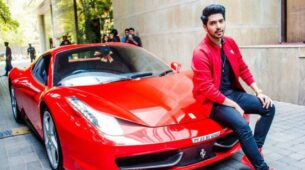