Lata Mangeshkar is not a voice but has become a spectacular phenomenon in the music industry. Her ethereal voice has given us several fantastic songs that were a massive mark in shaping the country’s influential music.

Lata Mangeshkar has sung several smashing successful hits for numerous movies. Her awards and achievements, as well as several Ph.D., do the talking that she has received not just from the Indian government but also other nations. She is a top-rated and successful personality, and words would fall short of describing her greatness and versatility.

Apart from being the playback voice for popular actresses like Shabana Azmi, Madhubala, Madhuri Dixit Nene, Kareena Kapoor, Kajal, and many others, she has also sung a lot of other tracks. Lata Mangeshkar has given us Non-filmy playlist that consists of numerous valuable renditions. From patriotic to devotional as well as ghazals and qawwali, her share lies in every genre of the music and language.

A few of her great works include songs like 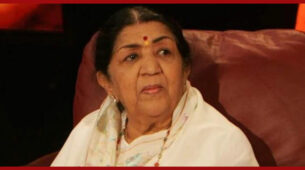