Park Ji-min, also known by fans as Jimin, is a singer, dancer, and songwriter. He is one of the seven members of the BTS band that has received worldwide recognition. He made his debut with No More Dream and is a vocalist and dancer in the group. He has also released some top solo’s, namely Lie, Serendipity, and Serendipity (Full Length Edition). Those albums have crossed over fifty million streams on Spotify. Jimin has millions of followers, and he keeps them posted on his life through Instagram. He has millions of fans crazy for him. From a recent photoshoot, here are some of his jaw-dropping pictures. Jungkook is one of the members of BTS and is a singer and songwriter. His BTS journey began in 2013 before being a part of a singing contest and later went to the USA to brush up his singing and dancing skills. He is not just a talented fellow, but his fashion and charm have attracted admirers worldwide. People are going crazy for him and are die-hard fans of Jungkook.

Here are some sizzling snaps of Jimin and Jungkook that are irresistible and hard to miss. 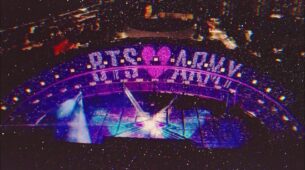