All-time evergreen songs of Mohammed Rafi for your playlist... 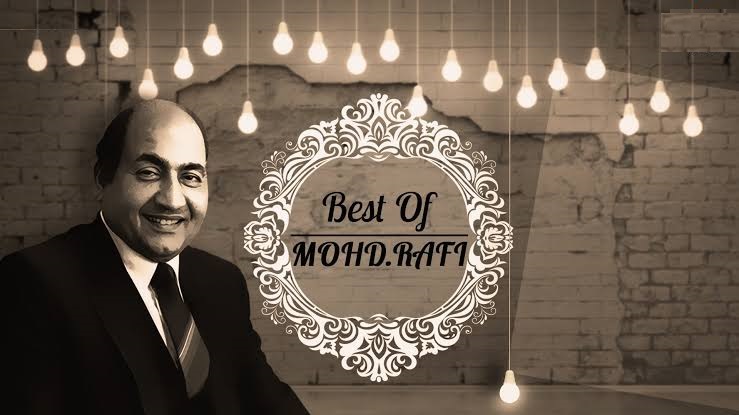 Mohammed Rafi is one of the most loved Indian singers to have made a deep impact in the music industry. He is remembered for his great versatility. He was the one to sing in multilingual languages and had the power to grab the attention of every listener with magical embrace into the depth of the song. He has given us many songs to last for decades to come. Right from Chura Liya Hai Tumne to Badan Pe Sitare we have mentioned six of his major chartbusters which are difficult to miss.
Abhi Na Jao Chhod Kar
This one is the most popular songs from Mohammed Rafi’s career. It was a major superhit from the movie Hum Dono. Even after years of its release, the song still has some magic to it even though it has been recreated by many artists.

Chand Mera Dil Chandani Ho Tum
If you were an SRK fan you would recognize this song sung by Shahrukh for Miss Chandani in Main Hoon Na. Well, this song was originally sung by Rafi. He also won the National Film Award for the Best Male Playback Singer Award for this song.

Chura Liya Hai Tumne Jo Dil Ko
A mind-blowing song of Mohammed Rafi with Asha Bhosle. From the movie Yaadon Ki Baaraat. The film is still in the hearts of people just because of this track. Surely, through this song, Mohamed Rafi has our hearts stolen.

Din Dhal Jaaye
From the movie Guide. It is one of the most romantic songs. It was composed by legendary composer SD Burman. It received the hearts of lots of audiences.

Badan Pe Sitare Lapete Huye
Do I need to tell you, people, why this one is the best and deserves a mention?