Neha Kakkar and Dhvani Bhanushali are two of the best in the music industry at the moment. But who knew they can slay when it comes to traditional fashion too? Let us know who do you think aces those outfits better. 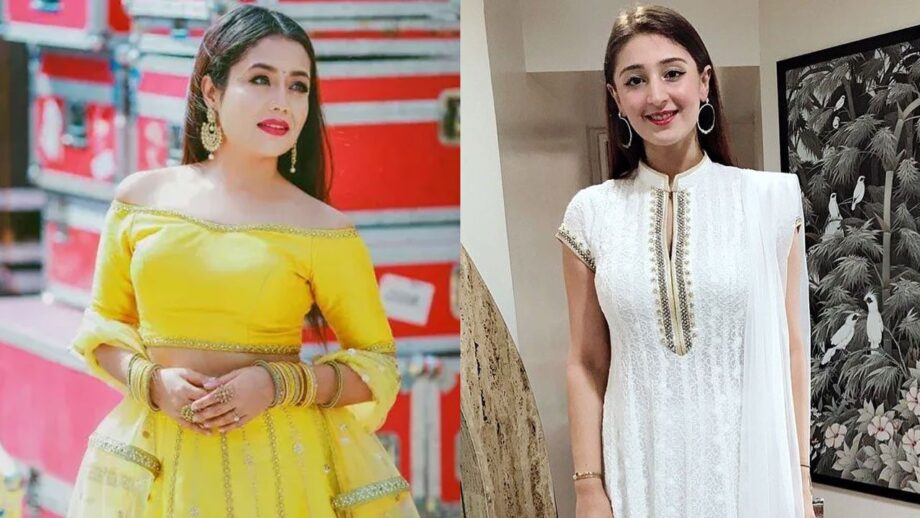 Dhvani Bhanushali is one of the most loved singers in the country in today’s day and time. The actress is recognized across the country for her angelic voice which has created some great hits. Some examples would be the song Ishtehaar or even Vaaste which was the hit of the year 2018. The star is also known to be very warm and welcoming towards her fans. But what we just can’t stop talking about is how great the actress looks in Indian outfits.

On the other hand, we have the one and only Neha Kakkar. Over her years in the music industry, she has provided us with some great party anthems. Some examples of them would be Kala Chashma and Coca Cola. Her voice is so unique that it doesn’t take more than a few seconds to realize it’s her song playing. The singer is also known for slaying whatever she wears. But it’s a whole different ball game when we star wears traditional clothing.

We just can’t decide who wears traditional outfits better and hence we rest the decision on you. Who do you think rocks traditional fashion?