A versatile and most vivacious singer is what we know of Asha Bhosle. But did you know she also tried her hands on acting and composing? She played a role in Marathi film Mai.

In 1997, Asha tai was also nominated for a Grammy. She was the first Indian singer to be chosen. The nomination was for her album Legacy. Asha Bhosle was compared to Elvis by David Harrington. In 2006 when Kronos Quartet presented her at New York’s fabled Carnegie Hall, David Harrington said, “It has been like introducing an Indian version of Elvis to a whole new generation.”

Did you know that Asha Bhosle also won a Filmfare award for a song that was never aired? A song composed by OP Nayyar, his last composition with Asha, was never picturized because it did not fit the film. But surely, it was so great that she was awarded for the track, Chain Se Hum Ko.

This last one will undoubtedly shock you. Asha Bhosle is not just a skilled incredible singer we know of, but also a fantastic cook. She has restaurants across the globe in countries like Dubai, Qatar, Manchester, and more called Asha’s. The popular dish served there is inspired by her childhood memories and favorite food of RD Burman. Also, not to forget her songs playing in the background all the time. 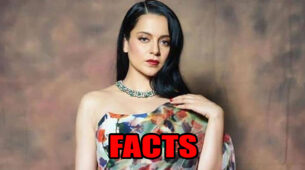 Interesting And Fun Facts About System of a Down