Gursharanjot Singh Randhawa, popularly known as Guru Randhawa, is the star of Bollywood music for his Punjabi tadka. He is a well-known and adored singer, music writer, composer. Within a few years in the industry, he also had an international collaboration with Pitbull and Jay Sean.

Lagdi Lahore Di is the recreated version of the original track that was released in 2017, Lahore. The song was remade for Street Dancer 3D by Guru and Tulsi Kumar. The number has larger than 200 million views and is perfect for a party that has just begun. One of the best by Guru Randhawa so far.

Suit Suit was sung for the film Hindi Medium starring Irrfan Khan. The song has more than 143 views on YouTube. It is one of his most famous and hit songs that gathered millions of viewers. If you want a perfect track to get you on the dance floor, this track is the one for you.

Which of the two, Lagdi Lahore Di or Suit Suit is your favorite by Guru Randhawa? Vote Now.

Also Read:  5 Guru Randhawa’s Songs That Will Get You High 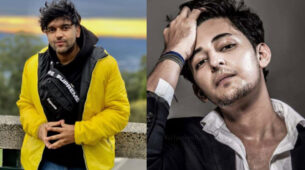