Awarded as the Daughter of the Nation, Lata Mangeshkar deserves any title that comes her way 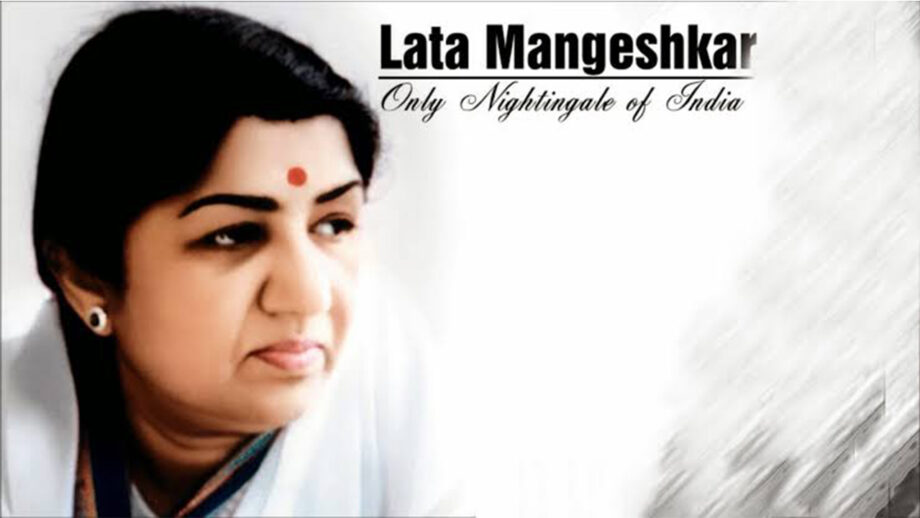 The woman to have created a Guinness world record by recording 30000 songs in the 1960s, Lata Mangeshkar is truly a legend. She is also called the Nightingale of India and is truly deserving of that title.

With such a great contribution to the music industry of Bollywood, Lata Mangeshkar has her name carved on every heart of the country. She is to be remembered for years to come and will always be there among us with those evergreen songs. Every music composer wanted to work with didi. She was the voice every director wished to have in their movies. She is known to work not just with prominent musicians like SD Burman and Shankar-Jaikishen but also many others after that like RD Burman.

The women draped in iconic white saree with a bindi on forehead and hair parted will always be a true legend. During the Indo China war, she sang a song for Indian soldiers who gave their lives Ae Mere Watan Ke Logo, the song left not just the masses teary-eyed but when she performed Jawaharlal Nehru was also in tears. This is the power that she holds in her voice and would enchant anyone with that great voice of hers.

Lata Mangeshkar’s voice will always be remembered for generations to come. There will be many more singers to come in the industry but there will hardly be anyone as good and amazing as Lata Mangeshkar. Isn’t she truly deserving of the title of the Nightingale of India?