Best songs of the father-son duo. Udit Narayan, Indian singer has not only been singing Hindi but also in other languages like Telugu, Tamil, Kannada, Bhojpuri, etc songs and is mostly known for his remarkable work in Papa Kehte Hai Hum from Qayamat Se Qayamat Tak starred by Aamir Khan.

Not only Udit Narayan but his son Aditya Narayan is also a fabulous singer. Aditya’s premier song was in a Nepali movie Mohini and later he sang it with Asha Bhosle in Rangeela and had a performance with his father in Akele Hum Akele Tum.

Both Udit and Aditya are a beautiful duo and deliver a great piece of work, having a vibrant voice. Here are some of the remarkable pieces sung by both father and son-

Let us know in comments down below what you think of the two of them as singers. Watch this space at IWMBuzz.com for updates. 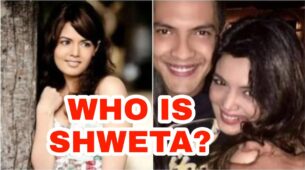