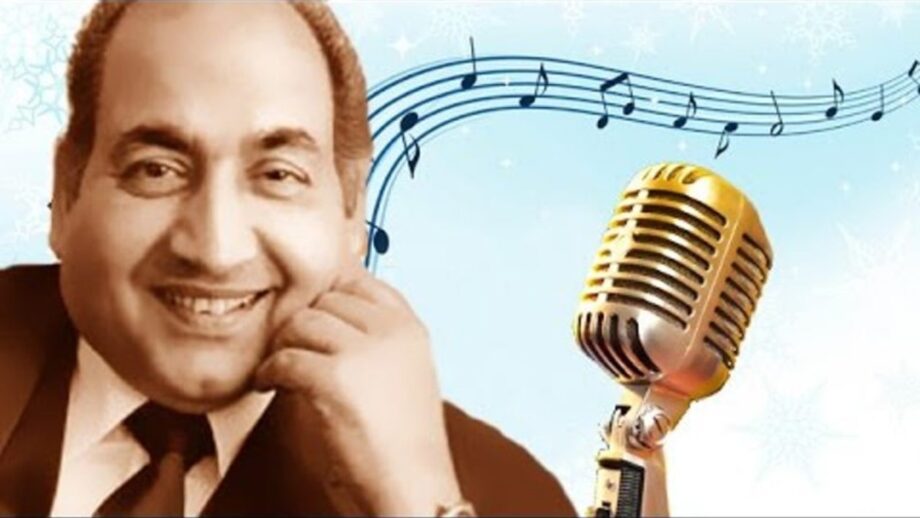 A man to have been gifted voice by the gods themselves is none other than Mohammed Rafi. His voice was so mellifluous and devoid of any flaw that the moment you hear his voice surely, you would fall in love with him even though you are anything but a music junkie.

To have been born on the 24th of December 1924, there is no denying the fact that Mohammed Rafi is the best thing that has happened to Bollywood and is a blessing in disguise. He is one of the contributing singers to have changed the face of the music industry and has brought a new addition to it.

Mohammed Rafi had his voice lent to many Bollywood icons from Amitabh Bachchan to Dev Anand. He also has sung duets with megastar singers like Lata Mangeshkar, and music directors like Laxmikant Pyarelal and RD Burman.

Moreover, in his career spanning three decades in music, he had to his cap feathers of music from classical to patriotic to qawwali to ghazals and bhajans and party songs. He was a multilingual singer and could sing not just in Hindi but other different vernacular languages as well as foreign languages.

Here are a few of his top songs that will be immortal for decades.
• Jo Wada Kiya Woh Nibjana Padega

These are the best 10 songs of Mohammad Rafi and I might have not done justice to many of his songs. Many are left out, so tell us in the comments which are your favorite Rafi songs.