How is Neha Kakkar the self-made singer of the industry, wondering? Here's your answer Neha Kakkar with a lot of hard work and perseverance climbed the ladder of success. But who was she before that? How did she get to such great heights of being so popular? Neha Kakkar is from Uttarakhand. Later her family moved to Delhi, and Neha Kakkar along with her younger brother moved to Mumbai.

Neha Kakkar with her siblings used to sing at holy gatherings and used to earn 50 bucks. She also had jamming sessions with her elder sister Sonu Kakkar and younger brother Tony Kakkar. Neha Kakkar participated in Indian Idol season 2 and was eliminated. It was after a lot of struggles, she made her debut in the music industry.

Neha Kakkar did not get any professional training at singing and so a few times she considered it could have given her more brownie points, but she is contented at the popularity she has right now. When the song from Cocktail was released Second Hand Jawani, it is then the spotlight turned on her. It was her breakthrough followed by another chartbuster for the movie Queen, the song titled London Thumakda.

Presently, Neha Kakkar is at the apex of her succeeding and ever-growing career. She is truly a self-made singer and is in no mood of stopping anytime soon. Neha Kakkar has her name with the trending remixes of old songs into the modern mix. Though people have opposed this, she believes that the majority of people have supported and loved the new remake of their favorite old songs. She is in favor of the trend, and the masses love many of her songs. Darshan Raval Vs Neha Kakkar: Who's The Highest-Paid YouTube Singer? 3 Neha Kakkar's Songs That Will Remind You Of Your Boyfriend 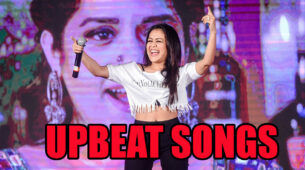