Biography and the favourites of Ariana Grande. Ariana Grande the Bang Bang star has been a performer from her childhood days. Her stint with the Broadway has been outstanding. She has played roles on TV which include Victorious, Sam and Cat etc. Her albums and songs have been huge success stories. Bang Bang, Dangerous Woman, Sweetener, Thank U, Next, were albums that were successful.

Ariana’s parents are Joan and Edward and she has an elder brother named Frankie Grande. She dated Mikey Froster but broke up with him. She got engaged to Pete Davidson, and has also dated Mac Miller, Ricky Alvarez, Nathan Sykes, Jai Brooks in the past.

Grande likes the songs I am in this world, Borderline, Pete Davidson etc.

Her favourite TV show is Victorious.

Her favourite colour is lavender. 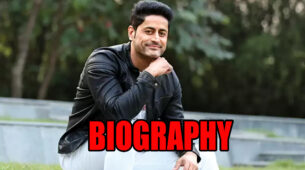