Which film had the best music track? Sadak or Sadak 2 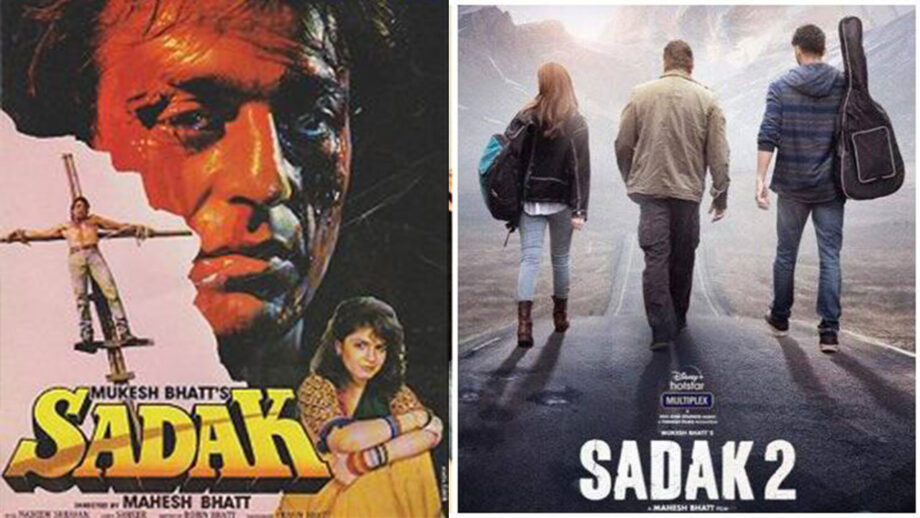 Sadak was a hit thriller that was released in 1991. The film was a romantic thriller starring Sanjay Dutt and Pooja Bhatt. The film was directed by Mahesh Bhatt and was one of the highest-grossing films for the year 1991. This film was inspired by an American movie Taxi Driver and was also remade in Tamil, Appu. A film to be remembered for its antagonist Maharani.

Nadeem Shravan directed the soundtrack of this film. Anuradha Paudwal was the one to have sung the majority number of songs for the film. The songs were almost 5 minutes long, and Tumhein Apna Banane Ki is one of the most iconic songs to date.

Inspired from the hit film Sadak, the director of the film Mahesh Bhatt released another film titled Sadak 2. After 20 years of the initial release, Sanjay Dutt, Pooja Bhatt, Alia Bhatt, and Aditya Roy Kapoor starred in the sequel release. Though the film marks a return of Mahesh Bhatt after two decades, it received a massive backlash from the audience, and it was a significant failure. When released on August 12, 2020, the trailer crossed the record of being the second-most disliked video on YouTube. Also, the overall ratings of the film got terrible reviews.

Sadak 2, though, received a huge backlash and negative response from the audience and has some great soundtracks—singers like Arijit Singh, Jubin Nautiyal, KK, Javed Ali, and more sung some best compositions.

Which soundtrack of the film was the one that won your heart? Sadak or Sadak 2. Vote Now.