Shakira is one of the most versatile singers ever. She has a very distinct voice. There is no teenager who says, “We don’t know Shakira”. Of course every one of us knows her for her amazing dancing skills, vocals and her signature hip movements.

The three-times Grammy Awards holder has also set six Guinness World Records, and is now one of the most popular singers in the world. Also, Shakira is the first artist to perform three times at the FIFA World Cup.

Shakira remains as one of the world’s best-selling music artists, as she has sold more than 75 million records worldwide. At the age of 13, Shakira recorded Magia with Sony Music Colombia in the year 1990.

Billboard named Shakira’s Waka Waka [This Time For Africa] is named as the best and most commercially successful World Cup song. And of course, we can see her amazing skills through this song.

Here’s a list of most underrated songs of Shakira-
1. Magia- 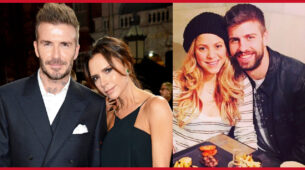 David Beckham Or Gerard Pique: Who Has The Hottest Wife?

Shakira From Bikinis To Pantsuits: Have A Look At The Sexy Curves Of The Diva In Every Outfit Virat Kohli & Anushka Sharma Or Gerard Piqué & Shakira: Which Sportsmen Actress Jodi Is The Hottest One?

Shakira Or Selena Gomez: Who Has The Sexiest Off Shoulder Outfit? Enrique Iglesias, Shakira, Or Jennifer Lopez: Which Spanish Singer Has The Most English Hits?