If you have ever heard the popular song Saturday Saturday from Humpty Sharma Ki Dulhania, the name, Akriti Kakar, is quite familiar to you. She is also popularly known for her another great track Iski Uski from 2 States. Besides being a Bollywood artist, she has ventured into solo singing as well. In 2010 with Sony Music India, she released a single album Akriti, which was quite famous. As per the reports from celebrityhow.com Akriti, Kakar has a total net worth of $9 million.

Sukriti Kakar is a newly established singer in the Bollywood music industry. She is slowly emerging to fame and debuted as a singer for Boss in 2013 with Meet Bros. She is also appreciated to lend her voice for the hit track alongside Armaan Malik in Kar Gayi Chull from Kapoor and Sons. As per the reports from thepersonage.com, she has a total net worth of $5.5 million.

Prakriti Kakar is the twin sister of Sukriti Kakar, and she also has established herself in the music industry as a singer. Her career started in 2012 with a title song for the film Tutiya Dil. Since then, she has been backing vocals. But her piece with Ankit Tiwari called Katra Katra and Bheegh Loon was incredibly wonderful. She is also well established as a singer and earns $1-$5 million as per woodgram.com.

All three singers Sukriti Kakar, Prakriti Kakar, and Aakriti Kakar are sisters, and if we sum up their total earnings, then it would be a total of $15.5 million worth. Girls' Generation (SNSD)'S Combined Net Worth Will Leave You Stunned 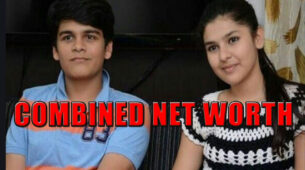