2020 Tokyo Olympics will be postponed because of the coronavirus pandemic The International Olympic Committee has decided to postpone the Tokyo 2020 Summer Games because of the coronavirus pandemic, IOC member Dick Pound said on March 23 in a statement. This would mean the Games, scheduled for July 24-Aug 2020, are likely to be held in the summer of 2021.

Major sporting nations Australia and Canada withdrew on Monday as organizers came under global pressure to postpone the event for the first time in its 124-year modern history.

“That’s my conclusion (there will be a postponement),” Pound said in a telephone interview, after Sunday’s IOC statement saying it was stepping up its “scenario planning” for the Tokyo 2020 Games — including a possible postponement.

The Olympics have never been delayed before, though they were canceled altogether in 1916, 1940 and 1944 during the two world wars, and major Cold War boycotts disrupted the Moscow and Los Angeles Games in 1980 and 1984 respectively. Darshan Raval's Biography, Education, And Net Worth In 2020! 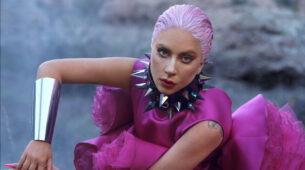 6 Best Lady Gaga's Looks That We Still Remember In 2020 All the reasons why we're excited about Four More Shots Please! Season 2