Netizens slam Disney Plus Hotstar, find out why

Hotstar, the OTT app, which is now popularly known as Disney Plus Hotstar, has some serious fixing to do.

IWMBuzz, a couple of years ago, reported about Hotstar’s need to fix a technical bug (read here) and it seems under the veneer of the entire marketing clamour the basics are forgotten to be addressed.

The 2021 edition of IPL began yesterday with a riveting contest of willows between MI and RCB, with the latter emerging triumphant.

However, with so much advertising and subscription money (of cricket lovers) riding on undoubtedly the biggest extravaganza of the year, it’s immensely disappointing and embarrassing to see Disney Plus Hotstar failing to provide a seamless engaging experience to its users.

Furthermore, it’s appalling and obnoxiously brazen that inspite of past similar inferences, the network seems to be taking user interest for granted. On the biggest opening night, with advertisements aiming to draw millions of eyeballs, Disney Plus Hotstar grappled to keep its act together.

Users across India complained of technical glitches while watching the match, sharing screenshots. Fans and subscribers were left in dismay, disgust and frustration for not being able to enjoy the so-called ‘Cricketainment’ inspite of paying for it.

Disney Plus Hotstar executives worked overtime to address the concerns of the people (which is much admired) as the visible unviable fallacy emerged as a top trend on Twitter.

As Benjamin Franklin once said, “By failing to prepare, you are preparing to fail”.

Hope, Disney Plus Hotstar doesn’t lend similar pathetic experience to its users in the upcoming matches of IPL 2021. And yes, there is no room for any excuse or glitch when the stakes are so high.

Also Read: Who Has Dropped the Most Catches In IPL Till Now, Find Out Here? 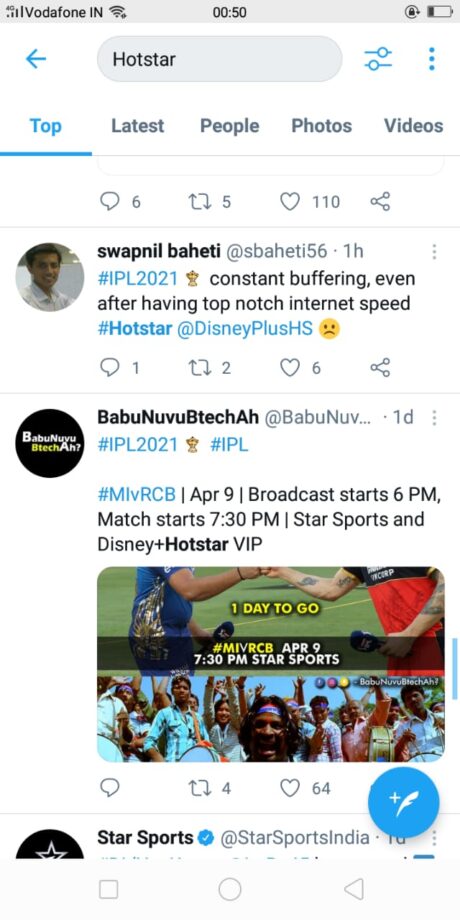 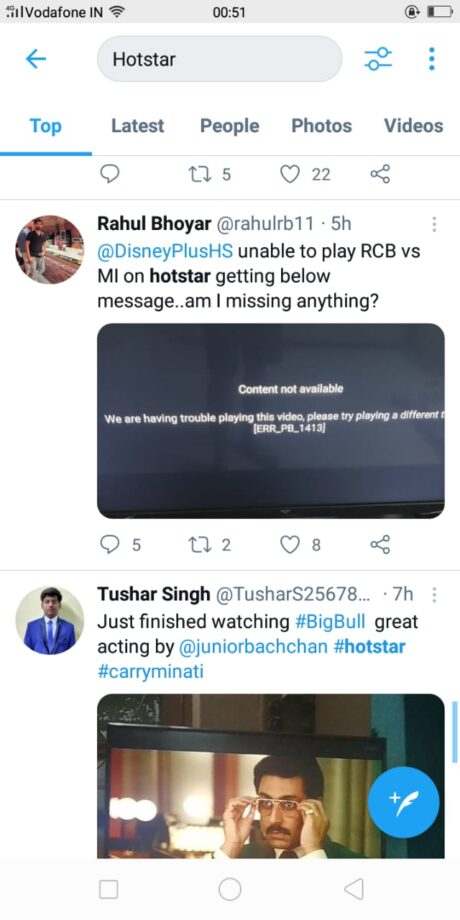 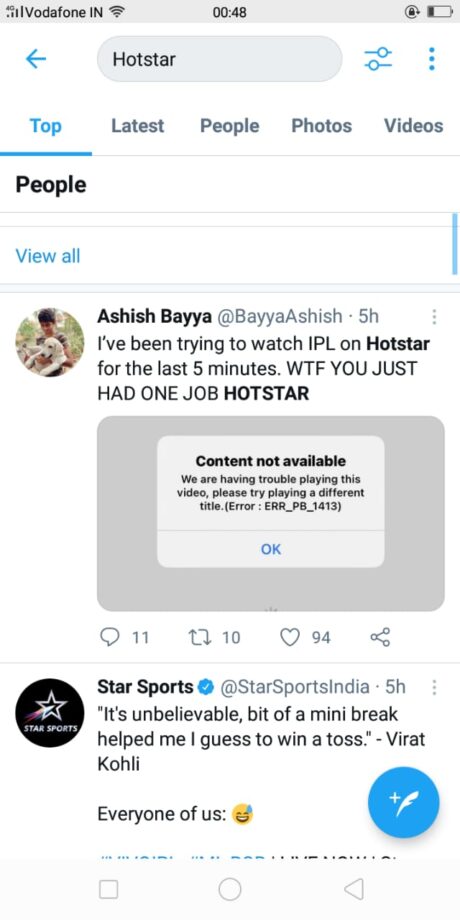 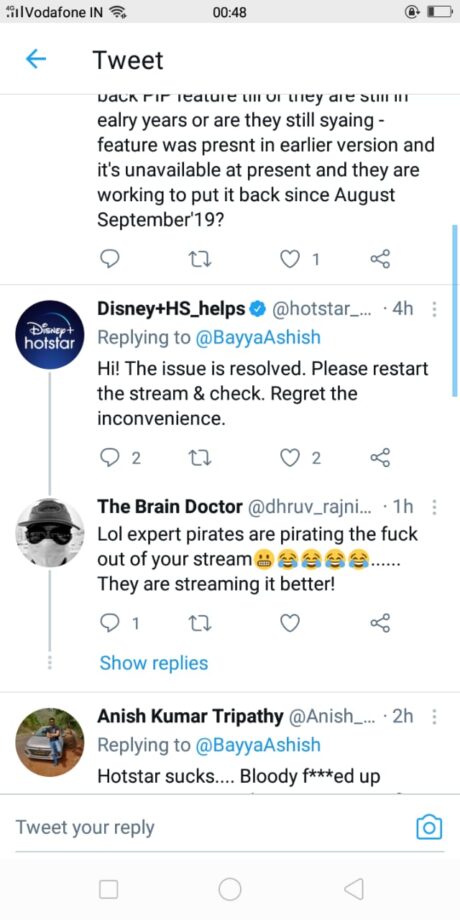 All my tweets are either for humanity or countrymen - Irfan Pathan tak...

Vaccinate as soon as you can: Virat Kohli gets first jab of Covid-19 v...