Virat Kohli and his RCB army started their IPL 2020 campaign on a high with a win. However, their campaign hit a bit of a roadblock when they clashed against Kings XI Punjab last night.

Chasing a score above 200, Virat Kohli’s men failed badly to reach the target and suffered an embarrassing loss.

It proved to be a bad day at office for Virat Kohli as he dropped KL Rahul’s catch, the opposition skipper which eventually led to him scoring a century.

The misery for Kohli continued with the bat as well as he was dismissed cheaply for a meager 1.

Just when you all thought trouble was over for Kohli after last night, we have another news for you.

As per reports in Indian Express, Virat Kohli has been fined Rs 12 lakhs for maintaining a slow over-rate during yesterday’s match against KXIP.

We wish Kohli and his men all the best for the rest of the campaign. 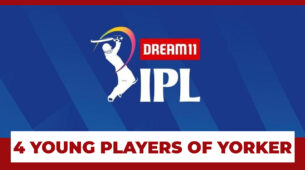