Alastair Cook and Virat Kohli, both of them have been the greatest batsmen of all time. Check out who is better among the two! Former captain of England cricket team, Alastair Cook is the first cricketer to receive the knighthood from the Queen, since Ian Botham in 2007. He is even praised for his skills by the eminent former Indian cricketer, Sunil Gavaskar as, ‘15,000 Test runs and 50 Test centuries are not beyond him’. He has broken many records, internationally. He is one of the best international left-handed batsmen with an average of 45.5 in Tests and 36.4 in One Day Internationals (ODIs). He was a great captain and led the team in a number of Tests and ODIs. His batting skills and strategies are extremely amazing to score a high number of runs in a short span of time.

On the other hand, Virat Kohli is regarded as one of the best captains of the Indian Cricket team in history. He is undoubtedly one of the fittest sportsmen from all around the world to date. He has led the team in several ODIs, Tests, and 2018 World Cup. He is also the captain of one of the IPL (Indian Super League) teams, Royal Challengers Bangalore. He is considered as the best batsman in the world. His right-hand top-order batting techniques can make the opponents go weak. Virat achieved 6000 test match runs in his 119th innings, that is, the 4th test match against England (2018). Whereas, it took 131 innings for Cook to achieve this.

The two cricketers are fabulous in their spheres. It’s hard to choose the better one.

Who do you think is a better batsman for Tests? Alastair or Virat? Let us know in comments. 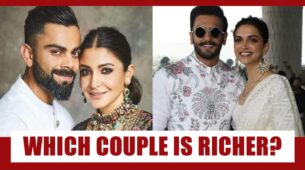