Check out the best Caribbean player between Andre Russell and Dwayne Bravo, for your IPL team! The Jamaica cricketer from the West Indies cricket team, Andre Dwayne Russell, is regarded as one of the best T20 players. The all-rounder player has always brought storms with his batting. He has a great strike rate of 177.29 and 19.50, which proves his excellency in both batting and bowling. Russell is an aggressive batsman, who loves hitting the ball to boundaries, with his masterful stroke. He has been seen playing for the Kolkata Knight Riders (KKR) since 2014, in the Indian Premier League (IPL) and has been the reason for the team’s win, by his high run chase.

On the other hand, the Trinidadian all-rounder cricketer, Dwayne John Bravo is no less than Andre Russell. He has served the West Indies cricket team as a captain, formerly. He has been seen playing in all formats. Bravo has played in IPL for the Chennai Super Kings (CSK). Although he made his first debut in the tournament with Mumbai Indians (MI) in the first season, he has played in 134 matches and holds his best batting score of 70 runs in the tournament. In 2012, he scored 461 runs and an average strike-rate of 140.

Both the Caribbean all-rounder cricketers have done wonders in the IPL. It’s really hard to pick up the best among the two. You can let us know your opinion in the comment section. Tell us, who do you think is the best among the two players? Who would you like to be there in your IPL team? 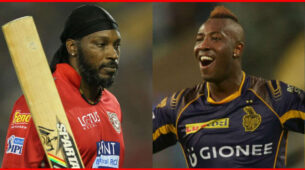 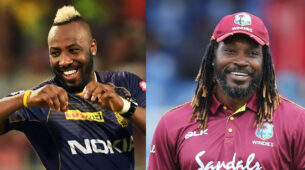 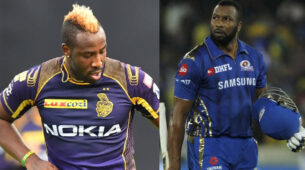 Andre Russell vs Kieron Pollard: The Best Caribbean All-Rounder For Your IPL Team