Who will we want in our IPL team among the two T20 openers? Chris Gayle or Rohit Sharma? Check it out! Christopher Henry Gayle, the Jamaican international cricketer has always rocked with his outstanding performance. He has been seen playing for the West Indies team in the One Day Internationals (ODIs), Tests, and T20s. He has brought a storm with his fabulous and powerful batting skills on the field, almost all the time. He is mostly seen opening the matches in the T20s. The player has also been seen in the Indian Premier League (IPL) too for the team, Kings XI Punjab (KXIP). He is one of the consistent players of the team who has scored a high rate of runs and made the team win in a lot of matches.

Whereas, Rohit Gurunath Sharma, the Indian cricketer is well known for his slow and steady way of playing and scoring a high number of runs for the team. Other than his right-hand batting skills and strategies, the player is also a great right-arm bowler too. Although, he is occasionally seen bowling on the field. The player has played for the Mumbai Indian (MI) in the IPL tournament since 2011. Rohit’s best score is 109 runs from the 2012 edition of IPL. He has been leading the team since 2013 with his great captaincy skills. The player has made the team win four times in 2013, 2015, 2017, and 2019.

It’s really hard to decide between the two fabulous players. Both of them are excellent in their own spheres. Who will you take in your IPL team? Let us know in the comment section down below. 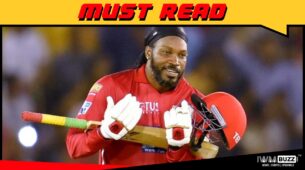