Have a look at these interesting facts about the footballer, Messi! The G.O.A.T. (Greatest Of All Time), Lionel Messi has ruled the football world. The Argentine footballer has made everyone amazed with his amazing and world-class goals. His fans are crazy about him. But there are certain facts that his fans are unaware of.

1.      The player’s first contract with Barcelona was detailed out on a paper napkin. Carles Rexach, FC Barcelona’s sporting director was so awe-struck with the football skills that he wanted to sign a contract as soon as possible. But no paper was available.

2.      The athlete was not so fit and healthy, since his childhood days. He had to get diagnosed with a growth hormone deficiency which resisted his normal growth rate at the age of 11. Later, Barcelona paid his medical bills after signing.

3.      Messi won an Olympic gold medal, for the Argentinian football team, in Olympic 2008 in Beijing.

4.      He is a goodwill ambassador at UNICEF (United Nations Children’s Fund).

5.      Samba and Cumbia are two of the musical genres that the player loves listening to.

6.      His first-ever senior goal was assisted by the footballer, Ronaldinho.

7.      The player holds passports of both Spain and Argentina. Although Messi’s ethnicity is Italian, his first language is Spanish.

8.      Messi’s international debut lasted 47 seconds in 2005, for which he received a red card because he came out as a substitute against Hungary.

9.      His kid’s name and handprints are tattooed on his left calf.

10.   The player doesn’t like to watch highlights of himself. 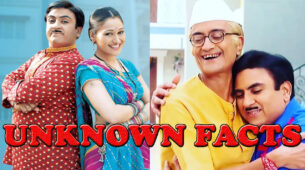 Everything You Need To Know About 'Toe Touch Legend' Anup Kumar