Check out the best Indian raid master! Is it Jasvir Singh or Anup Kumar? The Indian Kabaddi has got a number of great players. Kabaddi has always been a big sports celebration in India. The players of the national kabaddi team have also made us proud. There are many good raiders in the team who have always made the team win, and Jasvir Singh and Anup Kumar being the two. They have made their team and family proud too with their amazing skills on the field. They are even listed as the top raiders of the Indian kabaddi team.

Jasvir Singh, the Indian kabaddi player is regarded as one of the best players in the team. He has even brought gold medals for the nation in the Asian Games in 2014, and the World Cup in 2016. One can never deny acknowledging his powerful raiding on the field. He has also been seen for the teams like Jaipur Pink Panthers (JPP) in Pro Kabaddi League (PKL). Later, he shifted to Tamil Thalaivas.

Who do you think is the best raider master? Jasvir Singh or Anup Kumar? 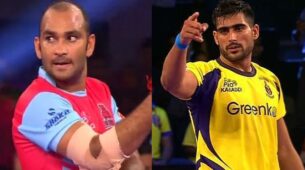 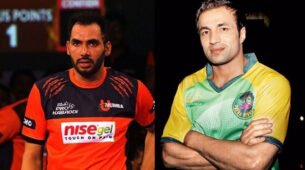