Do you know about Dhoni’s grand collection of black cars and bikes? Check it out! The former Indian Cricket captain, MS Dhoni was a great middle-order wicketkeeper-batsman and an excellent captain. He was well known for his strategies and handling a heated-up situation calmly. The player has been a strong member of the team and has received a lot of love and support from his fans. He is an inspiration for many of his fans. But his fans might not know some secret facts about him. Well, apart from his love for cricket, he also loves cars and bikes. Dhoni has got a huge fascination for vehicles, especially Sports Utility Vehicles (SUVs). But also, particularly, black. After all, his favorite color is black.

Dhoni takes care of his cars and bikes. His collection can make anyone’s mind blown. He has been seen driving them sometimes. He also became the brand ambassador of a Gurugram-based online second-hand car selling company named, Cars24 in 2019. Dhoni owns Ferrari 599 GTO, GMC Sierra, Hummer H2, and many more, as four-wheeler vehicles, and for a two-wheeler, it’s BSA, Confederate Hellcat, Suzuki Hayabusa, etc. His list is too long. But, in this list more than half are black. His love for black is unexplainable. Here is the list of his black vehicles that he owns:

Here are the pictures of the black vehicles that he has in his garage. Have a look! 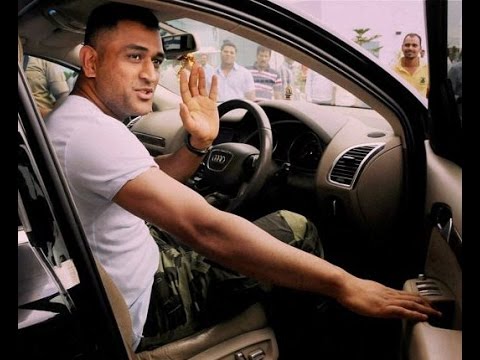