Who Owns The Most Expensive House? Neymar Vs Ronaldo Vs Messi | IWMBuzz
Sports | Personalities

Check out which famous football player owns the most expensive house, Neymar, Ronaldo, or Messi?!!

Football has always been a sport where there is an outgrowing flow of money, football is one of the highest-grossing sports of all time. Football has given us some of the best players in the world who have reached such a level that they have become rich personalities. When we talk about money, there are only three players, Ronaldo, Messi, Neymar. These 3 are one of the highest-paid footballers in the world, Neymar who was sold out for a price tag of more than 200 million euros, has been the highest-paid footballer in the Paris Saint Germain Club, with an earning of around 37 million euros per year. When we talk about Ronaldo, the richest footballer who has got everything right from a sports car to the costliest house, Ronaldo earns a salary of 31 million euros per year.

Messi, as we all know, is the costliest player and the highest salaried player in football history, the guy has got a salary of 71 million euros per year surpassing the other players like Ronaldo, Neymar, and many other players. Messi has played for the Catalan club for more than a decade. 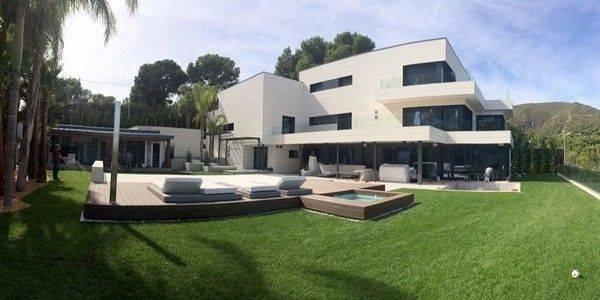 Just Wow Moment: Captain's Arm-band That Ronaldo Threw In Anger Against Serbia Was Sold For 55 Lakh

Who Owns The Most Expensive House? Neymar Vs Ronaldo Vs Messi