Check out Sir Jadeja’s iconic sword style that everyone is fond of!

Ravindrasinh Anirudhsinh Jadeja, also known as Sir Jadeja by many is an eminent all-rounder Indian cricketer. The right-handed middle-order batsman and the slow left-arm orthodox bowler has played a great role in the Indian squad. Ever since he made his first international debut in One Day International (ODI) in 2009, he became popular among cricket fans. Jadeja has given some amazing shots on the international pitches over the past few years. Sir Jadeja has got a few records on his list. He is the first Indian left-arm spinner to drop 150 wickets in ODIs. He is one of the best bowlers, but he is no less with his batting skills.

Also read: Game-Changing All Round Performances By ‘Sir Jadeja’

Sir Jadeja has made some iconic moves on the field. The Rajput cricketer has made everyone proud of him. He has been often seen with his iconic sword actions on the field. The Rajput boy has shown off the famous sword wave on the field with his bat. He has been seen doing it often in excitement. He is even proud of it. He never fails to show off his culture to the world. Many are even fond of it, including David Warner. The Australian cricketer was even seen doing Jadeja’s iconic sword action during the commercial promo shoot of Sunrisers Hyderabad (SRH) last year for the Indian Premier League (IPL).

Jadeja is proud of himself being called a ‘Rajput’. He was even seen posting a video clip of him with Bahubali track on the background and showing his iconic sword style with the real Rajputana sword in April 2020. The video clip was posted on Instagram and fans loved it. It was captioned as, “A “SWORD” MAY LOOSE IT’S SHINE, BUT WOULD NEVER DISOBEY IT’S MASTER. #rajputboy.” 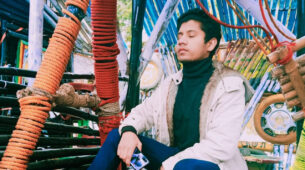