Check out the three reasons why Ambati Rayudu deserves a chance to play in the next World Cup! Ambati Rayudu, the Indian international cricketer is considered to be one of the finest right-handed batsmen in the Indian cricket team. He has captained the India Under-19 Cricket team well in the ICC Under-19 Cricket World Cup, in 2004. Ambati has done wonders on the international cricket field, with his wonderful skills. But apart from his international career, he has been a part of many domestic teams too. He has also been a member of the Chennai Super Kings (CSK) team at the Indian Premier League (IPL). The player is known for his flexibility with the batting orders. He is one of the leading run-scorers of his team.
Recently, Ambati Rayudu was not a part of the World Cup 2019. Many fans really wanted him to be a part of it. They stated several reasons for which they wanted Ambati Rayudu to play in the World Cup. Thus, here we have picked up the 3 main reasons why Ambati Rayudu needs a chance to play in the forthcoming World Cup.

1: He has been exceptional in the 2018 ODI (One Day International) series against West Indies. He has got the capability to rotate the strike in the middle overs of a match.

2: He can hit big shots on most occasions too.

3: He has been in match practices where he has done brilliantly well and has been with the Indian team for some time now. 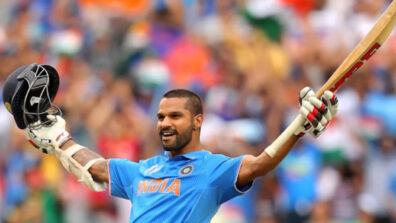 Amitabh Bachchan’s sly dig at ICC for the ‘boundary rule’