Mohammed Shami and his interesting facts are before you. Mohammed Shami the Indian right-arm pacer is one of the fastest bowlers to play for India. He represents Bengal in his domestic cricket.

He has been bestowed with amazing bowling skills, great pace and temperament which is suitable for cricket. His aggressive nature wins him laurels on the field.

Mohammed Shami who hails from UP has some interesting facts that you all must know if you are a loyal Shami fan.

And we give you details of that here.

Shami comes from a family of fast bowlers. Did you know this? Shami’s father Tousif Ali was a fast bowler. His three brothers had the passion to become fast bowlers. But eventually, it was Shami who turned out to pursue his dream!!

Shami is a reverse swing specialist and his records with wickets using this proficiency are proof enough that he masters in the art of reverse swing.

Shami’s debut was one impressive one!! His one day debut against Pakistan in 2013 was an amazing one wherein Shami defending a low total of 167 conceded just 23 runs for his nine overs spell taking one wicket.

Shami has been prone to injuries. Though he is an able and a steady bowler, his injury spells have given him breaks when at the peak of his career. He had an injury on his knee and also underwent surgery after prolonging it for a while. This kept him out of action for nearly a year.

Did you know of these facts of Shami? 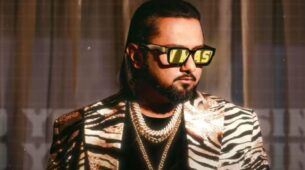