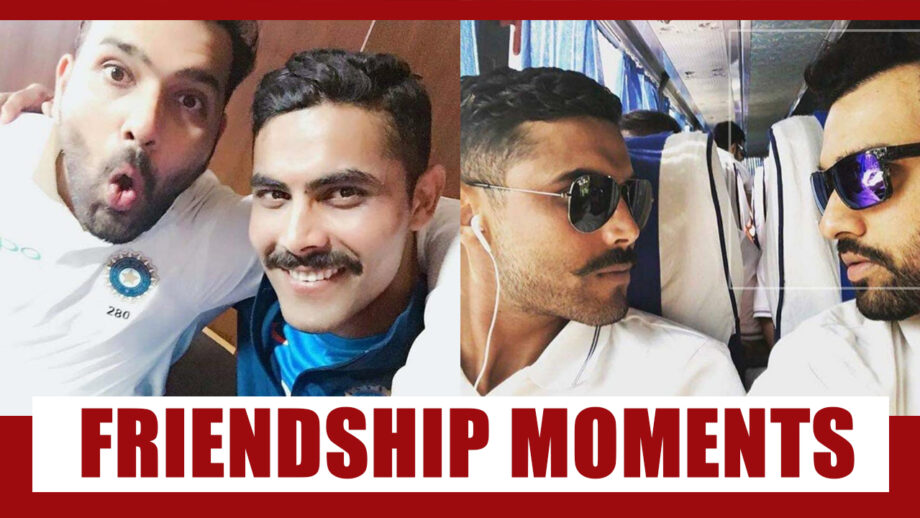 Ravindra is the best fielder in the game right now. Jadeja known for his quick and sharp fielding tactics has earned praise from several former players. Rohit has been a fantastic deputy to Kohli and has captained the team brilliantly in his absence. He was first given the captaincy when Kohli had taken a break from cricket to get married to actress Anushka Sharma and when Sri Lanka had visited India.

In the midst of rising pressure of falling wickets during one of the matches, Rohit was seen gesturing ‘you are strong’ to Ravindra from the dressing room, this proves their close friendship. The left-handed, all-rounder cricketer, Ravindra was India’s saving grace and managed to complete his half-century in just 39 balls during a semi-final match against New Zealand, he did his signature sword celebration and the entire Indian dressing room broke into applause for his commendable performance under pressure, that’s when Rohit Sharma did his gesture.

Here take a look at best candid friendship moments of the two cricketers. 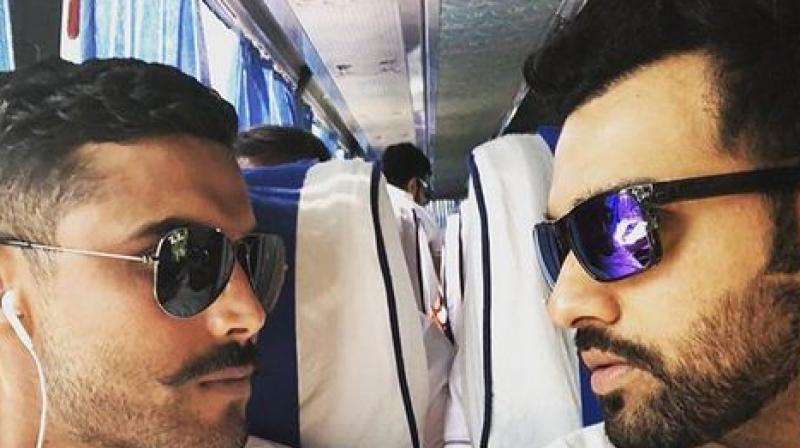