Ronaldo has been a phenomenal footballer with numerous international goals… Only a handful of athletes in any sport can claim to match the longevity Cristiano Ronaldo has had at the highest level and for this reason, he can genuinely lay claim to being the greatest athlete in the history of professional sports. The defining virtue of his game is his ability to adapt. Having made his debut for Portugal in 2003, Ronaldo is now his country’s record-holder for both goals and appearances, as well as their captain and leader. He made his Fifa World Cup debut in 2006.

Ronaldo’s first goal at the tournament came in the second game against Iran as he scored a penalty – stepping up to the mark ahead of Figo – in a 2-0 win in Frankfurt. Russia 2018 was Ronaldo’s fourth time playing at a World Cup and he brought his number of appearances in the tournament to 17 in that edition. He also more than doubled his overall goal tally by scoring four times – including a hat-trick against Spain and his Fifa goal score went to 7. Prior to his fourth tournament, he had scored just three times in 13 appearances – once in 2006, once in 2010 and once in 2014 – which was, in truth, a dismal return for a man who has broken record after record with his goals at club level and indeed for his country.

Ronaldo has tried to the best of his abilities and we wish he wins the 2022 Fifa World Cup before saying good-bye to football. 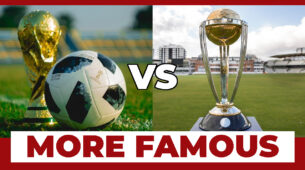