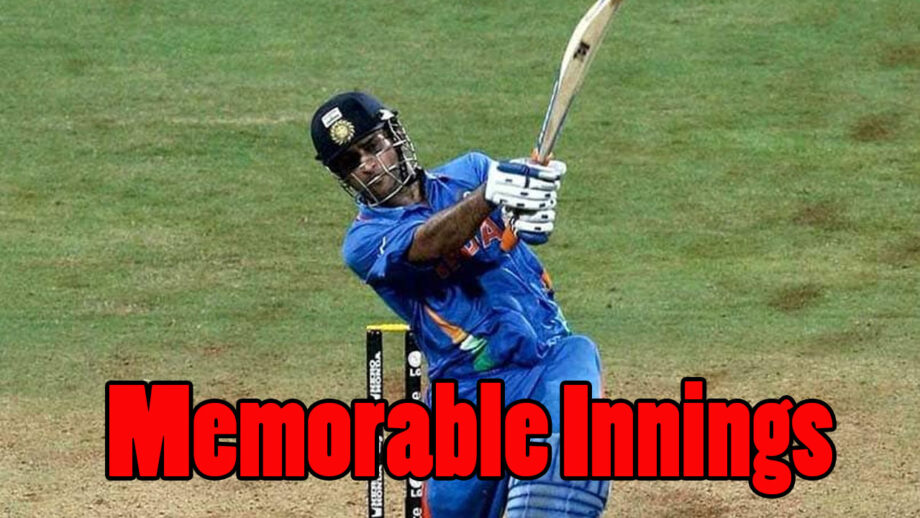 Finisher and MS Dhoni are quite synonymous in cricket. MS Dhoni is known for his unconventional cricket skills and his style of batting and keeping has always been marvelled upon by fellow cricketers. He is known as the best finisher in the cricket world and what better than the 2011 world cup winning six as a proof. Dhoni has made some impossible run chases possible with huge shots and smart techniques.

224 vs Australia, 2013: Australia posted 380 and India was at 196/4 when Dhoni took guard. He scored 224 runs from 265 balls which included 24 fours and 6 sixes. It turned out to be a match-winning knock from Dhoni as India registered a famous eight-wicket Test win.

183* vs Sri Lanka, 2005: Chasing 299, India’s inning started in the worst possible way with Sachin Tendulkar departing in the first over. In a surprising decision by Ganguly and the team management, MS Dhoni was sent in to bat at number three. He scored a mammoth 183 runs off 145 deliveries and got India home with four overs to spare. His innings included 15 fours and 11 huge sixes.

91* vs Sri Lanka, 2011: This knock of Dhoni will be forever etched in every Indian cricket fan’s memory and that six will be remembered as the most important one in India’s history. India needed 275 to win and the captain promoted himself to bat at number five. What followed was the most important inning of his life. He went to score 91 runs in 79 balls which included 8 fours and 2 sixes.

This knocks of MS Dhoni will always put a smile on every Indian’s face.