The current generation of Bollywood actors other than acting on-screen is also aggressively following their favourite activities including indulging in sports to keep themselves fit and healthy. It’s only fair that the superstars get a few well-deserved breaks from their hectic shooting schedule, and what better way to do that than indulging in the sport they love?

Taapsee Pannu: She rose to fame with a spectacular performance in Pink. This actress prefers playing squash for 40-45 minutes daily than hitting the gym. She is an ace at the game and has beaten her co-stars at the game.
Ranbir Kapoor: One of the biggest heartthrobs of Indian cinema, Ranbir Kapoor has been spotted flaunting his football skills in many charity games and domestic tournaments. He admits to having taken a fondness for the game from a very young age, and he essays the role of the forward.
Deepika Padukone: Daughter of ace badminton player Prakash Padukone, Deepika played badminton on a National level. However, not everyone is aware that she was also a state-level baseball player. She aces the game as it’s in her blood and is often seen playing badminton when not shooting.
John Abraham: One of the most high-profile football lovers in the country, John has represented India A-division as a centre-forward. Currently, he co-owns Northeast United FC, a football team that plays in the Indian Super League.
Amir Khan: One thing many fans do not know is that Aamir Khan played state-level tennis, as mentioned by his father Takir Hussain in an interview. He had one foot in the national scene too until he shifted his focus to acting.
Akshay Kumar: There’s a reason why Akshay Kumar looks natural when he pulls off stunts and fighting scenes in his movies. It’s because he’s a black belt holder in taekwondo and has also learned the ancient art of Muay Thai. Not only martial arts, but ‘Akki’ is also adept at basketball, swimming and kickboxing, which help him keep in shape.

We sure need to take some inspiration from these stars! 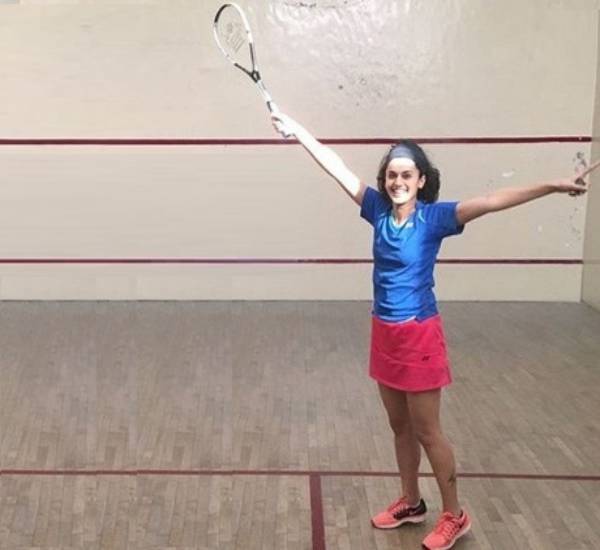 Fashion Goals: Deepika Padukone is showing you how to carry the perfect 'formal' look