Portuguese footballer Cristiano Ronaldo is giving some football lessons to his son... 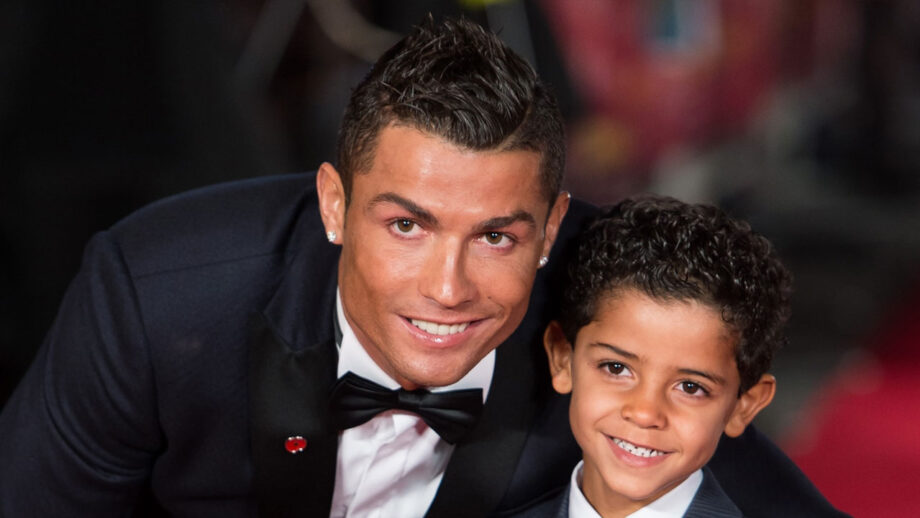 Seldom do we come across athletes who go on playing for almost two decades. Cristiano Ronaldo has had at the highest level and for this reason, he can genuinely lay claim to being the greatest athlete in the history of professional sports. Ronaldo is a self-made man, who was not born with the talent he possesses.  What nobody can deny is that Ronaldo’s drive and self-belief are miles ahead of anyone else possibly in the history of football, as the Portuguese had set a goal for himself to be the best in the world right from a tender age, working his socks off to see his dreams become a reality.

Ronaldo loves football to the core and he has often stated that he will continue playing the sport even if not paid for it. Well, he has been instilling the same values in his elder son Cristiano Ronaldo Jr. The father-son duo have been practising football together during this quarantine period. Cristiano who is always busy with his game has found the right time to give some lessons to his son and practice together. He shared a video on Instagram where the duo are seen practising and wrote, “Like father like son 🙂 Hapiness above all ❤️⚽💪🏼” It is certainly a happy feeling for a father to see his son step in the father’s shoes.

Take a look at the video the legendary footballer shared.