These two football champions are in a race for the Golden Shoe every season and it is difficult to decide who wins this race. 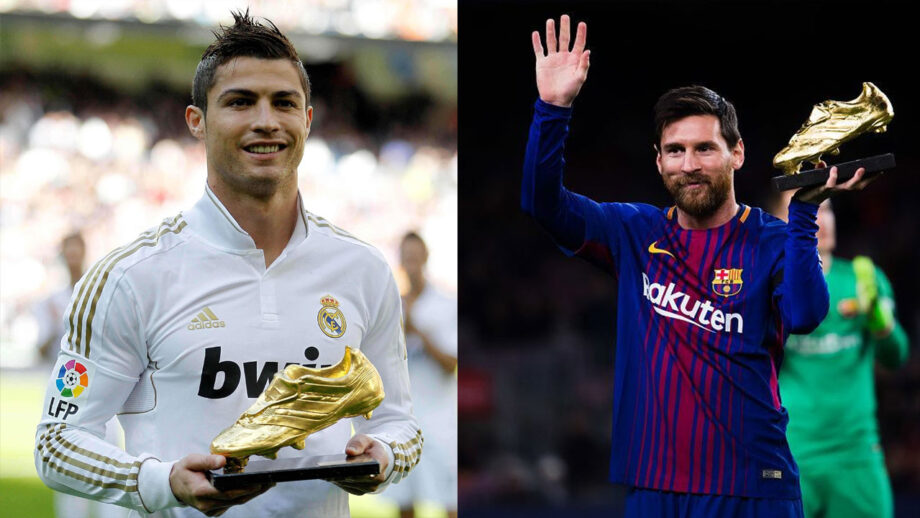 Cristiano Ronaldo is a Portuguese professional footballer who plays as a forward for Serie A club Juventus and captains the Portugal national team. He is often considered as the best player in the world and widely regarded as one of the greatest players of all time. The defining virtue of his game is his ability to adapt. With 723 goals in his bag, he has won four European Golden Shoes. He is an exceptional athlete with numerous accolades to his name.

On the other hand, we have Lionel Messi an Argentine professional footballer who plays as a forward and captains both Spanish club Barcelona and the Argentina national team. Often considered the best player in the world and widely regarded as one of the greatest players of all time, Messi has won a record six Ballon d’Or awards and a record six European Golden Shoes. The Barcelona star’s perfect game techniques and calm composure have made him an opposition’s worst nightmare. Messi achieved these accolades by continuously performing to a ridiculously high standard.

Ronaldo and Messi are the current sensations in football and constantly striving to be better to win the battle for the Goldern Shoe. We can’t decide as both of them are the best of bests. Please help us choose one.