Check out these hilarious memes on Hardik Pandya! Hardik Pandya, the young Indian all-rounder cricketer has earned worldwide recognition with his amazing skills on the field. He is a great attacking middle-order batsman, with amazing right-arm medium-fast bowling skills. Hardik has also got excellent aerobatic fielding skills. The player has also been seen playing in the domestic tournaments. He has been a part of the Mumbai Indians (MI) team since 2013, in the Indian Premier League (IPL). Hardik Pandya is one of the youngest members of the Indian national cricket team, who is just 26 years old. Apart from cricket, Hardik is also known for his amazing fashion and style sense.

Although Hardik Pandya is a phenomenal cricketer, the player got stuck in a controversy last year in January 2019. He was suspended along with his mate KL Rahul for a few matches due to his sexist and offensive comments on the famous talk show by Karan Johar, ‘Koffee With Karan’. Recently, Hardik has also announced to have his first baby with Nataša Stanković, who is not married yet. Hardik is no doubt one of the funky and coolest cricketers in the squad. And fans do love him for whatever he is.

Memes have now become a token of sharing joy, and Hardik Pandya has become the subject for it several times. The fans do love watching and sharing memes. Thus, here are some funny memes on Hardik Pandya made by the fans themselves. Have a look and get ready for a ROFL session! 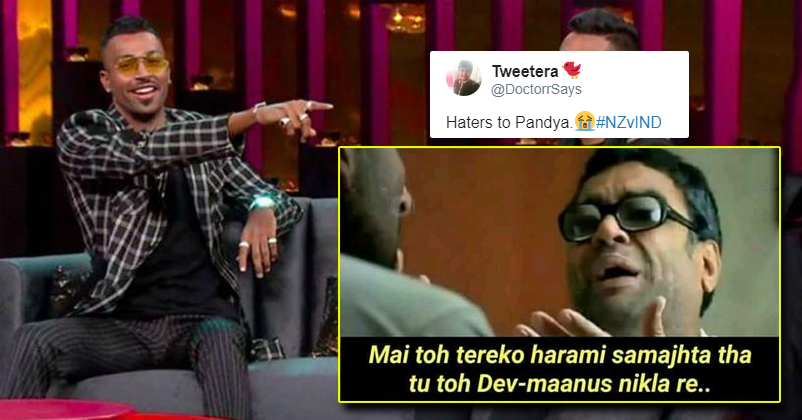