Hardik Pandya gives the Indian cricket team the balance it desires. He is the perfect modern-day cricketer. He can strike the ball big, roll his arm over decently and is a livewire in the field. Pandya has the unique ability to consistently hit sixes at ease with exquisite flair, timing, and power. Pandya was out of action since the T20I series against South Africa in September 2019. While Hardik was resting, many experts and cricket fans stated that Hardik Pandya’s absence hurts the Indian side in all aspects.

Now that Pandya is back in the team, expectations from this young cricketer are high. Hardik Pandya is known as an all-rounder for nothing. In the upcoming matches, Pandya has to perform consistently with his bat as well as the ball. His scores should take India to the winning end so that he can prove that his absence does hurt the Indian team. There is no doubt he is the best all-rounder in the Indian team, but now it is time for him to live up to fans’ expectations and deliver results. We expect an impactful game from his end in the upcoming matches.

We are thrilled to see Pandya back in action and wish him luck! 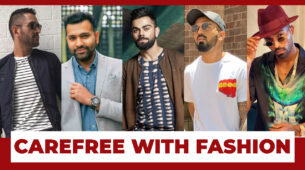 We Love These Funky Styles From Hardik Pandya IN VIDEO: Long drive for Hardik Pandya and Natasa Stankovic, fans wonder where they are heading? We Love These Funky Suit Styles From The Pandya Brothers